The Challenges that Hotel Brands Face in Paid Search

I’m pleased to introduce guest author Sam Engel, from BrandVerity. BrandVerity provides services that detect online brand and trademark abuse for a variety of industries including hospitality. Sam spoke recently to members of our Hospitality, Travel and Tourism team at our monthly meeting. We’re grateful that Sam has offered to now share his experience and knowledge with our readers. Welcome, Sam, and thank you for today’s post. – Greg

The Challenges that Hotel Brands Face in Paid Search

When you type the name of a hotel brand into a search engine, you’ll probably encounter a large number of text ads placed by online travel agencies (OTAs). Bidding and placing ads on variations of hotel brand names is a very common practice and has even led some in the hospitality industry to refer to it as a “war” between OTAs and hotels. Typically, those who support this viewpoint seem to frame it as a simple issue of direct bookings versus OTA bookings. While it’s certainly valuable for hotel brands to start thinking about it in those terms, there are some areas that this particular line of questioning still leaves uncovered. For example, why does the travel industry’s paid search landscape look like this in the first place? Furthermore, what other implications does this have for hotel brands?

In this post, I’d like to highlight some of the reasons that paid search is such a challenge for hotel brands—including the root causes that have led to the paid search struggle we have today, the broader implications of this struggle, and an idea for alleviating some of the industry’s conflict. Let’s start by exploring one of the reasons that we’ve arrived at this contentious relationship between hotels and OTAs:

In general, a hotel brand can only run a single paid search ad on a given search engine results page (SERP). This is because search engines have restrictions on “double-serving.” The engines’ rules prevent a single advertiser from having more than one ad appear on the SERP. This is typically enforced on the domain level. For example, only one ad leading to hilton.com would be allowed to appear—even if two separate AdWords accounts were trying to place two different ads for hilton.com.

While this restriction limits the brand’s prominence in paid search results, it enables OTAs to start to overwhelm the paid results. Individually, all the OTAs still have to follow the same rule. None of them can appear more than once. But in aggregate, they can really start to challenge the brand. Let’s say that five different OTAs are bidding on the same keyword as the brand. That leaves the brand significantly outnumbered with little recourse for pushing OTAs out of those spots. At BrandVerity, we’ve actually found this to be quite common in practice, too. In our recent report on hotels' branded keywords, we found an average of nearly two OTA ads per branded SERP on Google and almost 5 per branded SERP on Bing.

2) The Search Engines Won’t Be the Middle Man

In the past, the search engines provided a pretty significant set of protections for trademark owners. In fact, they originally prevented any advertising on branded keywords.

That all changed long ago in the U.S. Today, anyone can bid on branded keywords. Furthermore, trademarked terms are up for grabs (and can be used by anyone in ad copy) unless a brand specifically opts out. When it comes to OTAs or other partners using trademarked terms, the engines distance themselves even further. Google and Bing are both very intentional about avoiding trademark disputes here. They each have language describing how “resellers” can use a brand’s trademark in their ad copy. This essentially places all the burden on the trademark owner to enforce their agreements with their partners. Brands can’t lean on Google or Bing for help—they have to go directly to the OTAs.

One of the major reasons that OTAs initially had so much leeway in paid search is because it wasn’t in their agreements. It’s hard to write restrictions on something that doesn’t exist yet. So once Google AdWords came along, the OTAs had free reign to use the platform as they saw fit. Unfortunately for hotel brands, there wasn’t much recourse until the time came to renegotiate their contracts.

So, why does this still matter today? Haven’t nearly all hotel chains gotten past this and adjusted their OTA agreements accordingly? That may be true, but it’s important to remember that things can still change—just as they did when paid search first exploded onto the scene. Google is always experimenting with new ad formats, targeting options, and reporting tools. Not only is AdWords continually evolving, but there are all sorts of new marketing platforms being developed. To use another Google product as an example, the Google Hotel Finder made its debut only a few years ago. How many hotels have contracts with OTAs governing that channel?

Let’s assume that your contract specifies every single restriction down to a tee. That agreement is severely limited if you can’t identify violations and take action to remediate them. Unfortunately, paid search doesn't lend itself to a quick ad-hoc review. It doesn't offer the transparency of a billboard or a magazine ad. There are many variables affecting what you see when you try to investigate. The terms you search for, location you search from, time of day, and many other factors will impact what ads you see on the page. This can make it very difficult to be fully exhaustive in any compliance efforts.

4) Even with an Airtight Contract, Agreements Can Be Hard to Enforce

To further complicate the issue, many OTAs also have affiliate programs. Typically, they will have many affiliates in their program (often thousands). These affiliates are rewarded for the sales they refer to the OTA. This adds a layer of separation, and can make it very difficult to uphold your agreements. For example, let’s say an OTA’s affiliate is responsible for a violation of your agreement with the OTA. Will the OTA even be aware that the affiliate is responsible? If so, will they be able to rein in the rogue affiliate?

One of the common grievances from hotel brands is that the OTAs are a bit of a black box. You know what bookings they generate for you, but you don’t have much insight about the pathway that the customer took to make that booking. This makes it very difficult to determine what credit belongs where—so it’s understandable that hotel brands might be slightly skeptical of their OTA partners. Which OTA bookings are truly incremental? In other words, which bookings did OTAs contribute that the brand would not have booked otherwise? 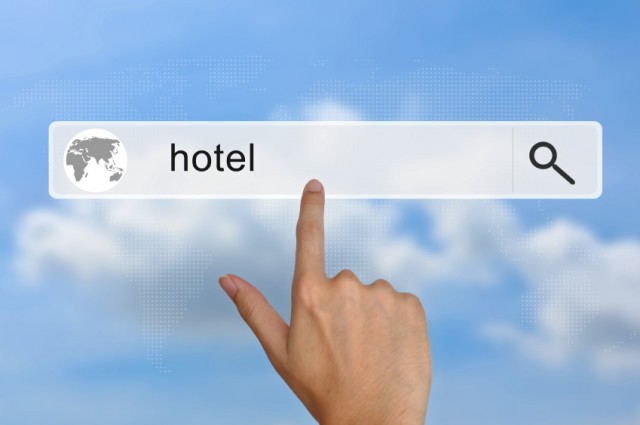 There are many variables involved in answering this question, and it may not be something that brands can fully answer. OTAs provide a lot of positives: access to a larger set of potential customers, websites that convert incredibly well, plus perks and guarantees that encourage undecided visitors to make bookings. There’s even the OTA billboard effect to consider, which may increase a hotel’s direct bookings outside of the OTA channel. But should all of these value-adds be bundled with the permission to bid on hotels’ brand terms? Should hotels be forced to buy the all-inclusive package?

It generally doesn't make sense to order up an OTA’s services à la carte. One cannot simply ask for a booking here and a booking there, or to be featured on the OTA’s site with the caveat that customer ratings be excluded. OTA sites are a package deal. This may, in part, explain why OTAs have historically resisted making concessions with their paid search efforts. If paid search is just another part of the package, then why remove it?

Paid search is its own separate channel, and doesn’t have to be bundled. Unlike OTA sites, which are under direct OTA control and will most likely always be somewhat of a black box for hotels, paid search is a channel where brands can gain more visibility. Tools such as the AdWords Auction Insights report are helping improve transparency, showing more of what’s happening under the hood. This is a good sign, because ultimately hotel brands and OTAs both stand to gain from it. Brands get the reassurance that OTAs’ interests are truly aligned with their own, and OTAs can reinforce the value they provide to brands. Furthermore, by increasing both sides’ mutual trust, the partnerships can be strengthened over time. Transparency may not solve all the issues, but hopefully we’ll see this trend continue—not just in paid search, but in other channels as well.