This week's Update includes a story detailing yet another state’s efforts to close existing tax loopholes so that it may collect proper sales/occupancy taxes from OTAs. I hope you enjoy. 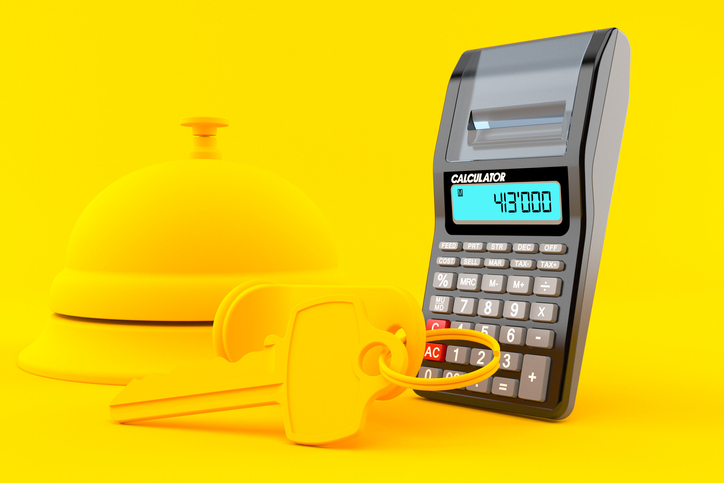 Pennsylvania Closes Tax Loophole
("PA Senate Approves Bill to Close Sales Tax Loophole with Online Travel Companies, PA Senate GOP, October 26, 2018)
For years now we’ve read and featured stories about enterprising legal counsel convincing state and local governments to pursue claims against merchant-model OTAs for failure to pay sales or occupancy taxes on the full selling price charged to guests by the OTAs (instead of paying taxes only on the net rate paid by OTAs to the hotel supplier). More often than not these claims ended in decisions against the local governments on the basis that the operable tax statute was not written to apply to the mark-up or margin added by OTAs to the net rates they received (among other things).  Pennsylvania is determined to do something about that. Last week, the Pennsylvania Senate passed legislation making clear that the State’s sales tax applies to the full selling price charged by OTAs operating in the State. The Senate passed legislation now moves on to the Pennsylvania House of Representatives for further consideration.

Voice Not Only for Front of House Applications
("SevenRooms gets voice tech boost from Amazon Alexa Fund," Tnooz News Feed, October 22, 2018)
While front of house applications traditionally get most of the attention for voice-activated devices, one company (and their two Seattle hotels) is trying to change that. The Motiff Seattle and Thompson Seattle, both managed by Two Roads Hospitality (soon to become Hyatt), have partnered with Amazon and Volara to deploy the devices throughout the hotels for both front of house and back of house applications. As currently configured, the Alexa-powered devices are used by housekeepers, bellman and engineers to manage their daily tasks. According to the Motiff’s general manager, 30% of the Hotel’s guest requests now come through the voice-activated devices. By the end of 2019, Two Roads hopes to deploy the Amazon devices in 15 of its managed hotels.

Expedia Group Takes Steps to Expand Short-Term Rental Offerings
("Expedia Buys Two Startups to Help Landlords Turn Apartments Into Short-Term Rentals," Skift Travel News, October 25, 2018)
Expedia announced last week two purchases of B2B players in the short-term rental industry – Pillow and ApartmentJet. Both startups provide multi-family residential owners and management companies tools to list and manage short-term rentals within their owned or managed buildings. According to Expedia, the purchases will allow it to expand critical urban accommodation offerings – both for Homeaway and Expedia’s other distribution channels. By targeting those that control larger blocks of potential short-term rental units (e.g. building owners and managers), Expedia is hoping to share in the success enjoyed by Airbnb through its Friendly Buildings Program.

Hotels Are Discovering Back-of-House Uses for Voice Technology
Skift Travel News, October 22, 2018
If voice technology can do more than help facilitate guest requests for forgotten toothbrushes, there’s a good chance it will be more than the latest hotel tech fad. Mention smart speakers or voice assistants in a hotel setting, and you assume those devices are being placed in rooms to handle guest requests for items or for information. The consumer-facing skills and requests that guests can make using their voices are grabbing the spotlight now, but there’s plenty more voice technology can offer to hotel staff to make their jobs that much easier and efficient, too. At least that’s what one hotel in Seattle is discovering, and what one company is exploring with its new smart speaker skill. Motif Seattle Goes All in on Alexa “The entire hotel team, from the housekeepers and the bellmen to the engineers to guest services managers, are also using Alexa to manage their daily life tasks,” said Steve Sasso, general manager of the Motif Seattle A Destination Hotel.

China: Quietly leading the global customised tourism industry
The Drum, October 24, 2018
When UK travel companies are still asking whether they should send customers personalised recommendations, hundreds of thousands of Chinese tourists have already made their holidays a much more personal matter. Customised travel in China was reserved only for the super rich before 2014, associated with limousines, premium wine, first class flights and five-star hotels. However, the booming economy has given the Chinese middle-class not only a rising spending power but a bigger and more refined appetite for what they want from a holiday – the ability to customise every aspect of their trip, to create an experience that is entirely bespoke to them. C-trip, China’s biggest leading online travel agency (OTA), recorded 120,000 customised travel orders a month in 2017 through its customised travel platforms including HHtravel – a 400% increase from last year.