Happy New Year from Seattle . . .  I hope all of you enjoyed the holidays. Our final, year-end OTA & Travel Distribution Update for the week ending December 29, 2017 is below. 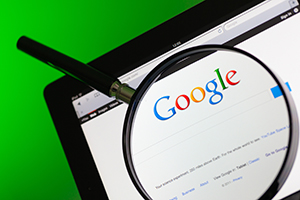 Scrutiny Grows Over OTA’s and Hotelier’s (and now Google’s) Keyword Practices [OTA]
("Google is making it harder for travelers to find the best prices, the Wall Street Journal charges," Business Insider, December 28, 2017)
Two weeks ago we included a story from Skift detailing the misguided (in our humble opinion) allegations by Washington D.C.-based investigative news service, The Capital Forum, regarding the allegedly collusive keyword practices of large hoteliers and OTAs. According to the allegations, contractual provisions found in most large distribution agreements limiting the parties’ ability to purchase keywords containing each other’s valuable trademarks harm consumers by limiting competing distribution channels’ and hoteliers’ ability to market themselves. Now comes a story from the Wall Street Journal adding Google to the collusive mix.

Despegar:  A Name To Remember for 2018 [OTA]
("Latin America Travel Unicorn Despegar Is Hunting but Could Be Hunted Too," Skift, December 29, 2017)
Fresh off its successful IPO (NYSE) this past September, Argentine distributor, Despegar, is poised to make news in 2018. Now valued at over $1.8 billion, the Latin American distribution powerhouse plans to use the $322 million it raised in its IPO to invest in its technology platform and possibly pursue regional acquisitions or mergers. Although partially owned by Expedia (14%), Despegar may soon be a target for other global distributors seeking to expand in the historically underserved Latin America online travel market. According to analysts, the real difference maker for Despegar (other than its Latin America dominance) is its mastery of the installment payment model, a skill not yet achieved (but likely to be desired) by its potential global distribution suitors.

Miami-Dade Airbnb hosts earned over $134M this year
Curbed Miami, December 28, 2017
Florida hosts earned a combined $450 million Airbnb is wrapping up quite a strong year in Florida, with hosts in the Sunshine State earning a combined $450 million in supplemental income in 2017, representing a 75 percent increase year over year. The hospitality company says there are now 40,000 hosts who utilize the rental service, averaging out to about $6,700 annually per host.

One final note . . .  If anyone plans to attend the upcoming ALIS Conference in Los Angeles or HEDNA Conference in Austin later this month, let me know. I currently plan to attend both and would enjoy re-connecting face to face if your schedule permits. I hope to see you.