The first installment of our weekly OTA & Travel Distribution Update for 2018 is below. A mix of stories in this week’s Update. 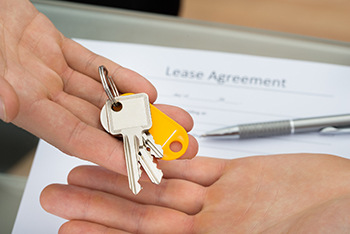 Airbnb Avoids Liability for Lease Violations [SHORT-TERM RENTALS]
("Airbnb Ducks Apartment Managers’ Beef Over Rentals," Courthouse News, January 3, 2018)
A California federal district court dismissed last week a class action brought against Airbnb by a collection of Southern California apartment management companies. According to the companies, Airbnb encouraged tenants in their buildings to violate the short-term rental prohibitions in the tenants’ lease agreements (which identified by name, Airbnb) and created an unsafe environment for their full-time residential tenants. Relying on Section 230 of the federal Communications Decency Act (CDA) (the sometimes controversial federal statute that protects internet service providers and other online platforms from liability for unlawful content or activities posted or conducted via their services), the court dismissed the claims stating that Airbnb was not responsible for the actual listing information posted by tenants on the Airbnb website – even if it was in breach of the tenants’ underlying lease obligations. According to the court, the services provided by Airbnb and the content required by Airbnb to be posted to provide those services did not make Airbnb an information content provider and therefore exclude Airbnb from the protections of the CDA.

IBM sues Expedia, alleging online travel giant built its business on Big Blue’s patents
GeekWire, January 3, 2018
IBM is suing Expedia, alleging that the popular travel site has for years been infringing on several of its patents, some of which date back to the early days of the internet. IBM alleges Expedia’s infringements cover a variety of areas, such as ad technology, sign on processes, tracking previous communications with users and more. The lawsuit includes Expedia’s website and mobile apps, as well as its subsidiaries HomeAway, Hotels.com, Hotwire and Orbitz.