This week’s Update includes a report on the EU Commission’s widespread examination of online platforms’ pricing practices and an update on the much-publicized standoff between United and Expedia. Enjoy. 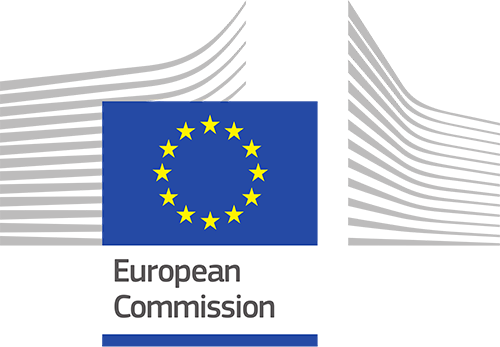 Online Platforms Lack Price Transparency
("Most online shops lack price transparency, EU Commission," MLex, February 22, 2019)
Following the latest annual “sweep” of online platforms conducted by the EU Commission and members of the EU’s Consumer Protection Network (CPN), the EU Commission issued a press release last week previewing their findings (a full report will available shortly). According the press release, nearly 60% of the 560 websites reviewed by the Commission and CPN members demonstrated irregular compliance with EU rules, largely around pricing and discounting. Examples of the “irregularities” included (i) inauthentic or false discounting claims, (ii) inadequate disclosures of mandatory fees or other charges added to the final price and (iii) inadequate information about a consumer’s right to terminate a transaction. Although this latest sweep did not focus specifically on online travel platforms (online travel was the focus of a 2016 sweep), the findings and potential enforcement efforts resulting from this latest sweep are sure to affect a broad variety of e-commerce platforms, including travel.

United Continues Preparation for Expedia Wind Down
("United Airlines Argues It Can Block Expedia From Future Fares as Standoff Persists," Skift Travel News, February 22, 2019)
While many sources reported late last week that Expedia and United had agreed to temporarily ease off efforts to litigate United’s disputed withdrawal of flight information from Expedia’s website, the war of words has continued. In its reply to Expedia’s “meritless” complaint filed this past Friday, United claimed that it was acting entirely within the parties’ existing contract to cut off Expedia bookings for the post-contract period. According to United’s reply, Expedia has, in response to United’s threatened withdrawal from the online platform, used litigation (and the publicity around it) as a means of ramping up post-termination bookings in an effort to increase the disruptive effect of United’s withdrawal on United customers.

Ctrip Seeks to Diversify Hotel Offerings
("Ctrip expands its "Hotel University" training program to hoteliers worldwide," Phocus Wire, February 21, 2019)
This isn’t the first time that we’ve seen a traditional online travel agent announce plans to diversity its offerings in an attempt to grow and further cement its hotel supplier relationships. This latest example is brought to you by Ctrip, which announced plans last week to expand its in-person “Ctrip Hotel University” offerings beyond China to hotels worldwide. Yes, the stated purpose of the University  may be to improve hotels’ marketing and operations generally (which is a good thing), but the lessons will obviously be directed toward driving more bookings (i.e., commissions) through Ctrip’s online platforms.

Oyo Partners With Yahoo to Bring Its New Home Rental Model to Japan
Skift Travel News, February 22, 2019
India-based hospitality company Oyo has targeted Japan as its latest market for expansion. The fast-growing startup has launched operations in Japan through a joint venture with Yahoo Japan and is fielding its new home rental model, Oyo Living, launched last October. “We are really excited about commencing our operations in our third and potentially the largest home market, Japan, through [this] joint venture [which] will be focused on creating unique living experiences for the Japanese citizens, students and young professionals looking for good-quality, affordable accommodations, starting with our fully managed homes brand, Oyo Life,” said Ritesh Agarwal, founder and CEO of Oyo Hotels and Homes.

Choice Hotels Touts Its Tech Partnerships with Google and Amazon
Skift Travel News, February 15, 2019
Choice Hotels, the Rockville, Maryland-based company behind such franchise hotel brands as Comfort Inn, Clarion Pointe, WoodSpring Suites, and Cambria Hotels, is investing in technology — and its brands — as it competes with other hotel providers. On Friday during the company’s fourth quarter 2018 and full year earnings call, Choice Hotels CEO Patrick Pacious noted how the company is committed to “delivering best-in-franchisee resources,” including new a new central reservations system and distribution platform, called Choice Edge, as well as forming partnerships with companies such as Amazon and Google. Last month, the company migrated more than 1,000 applications from its legacy systems to the Amazon cloud, also known as Amazon Web Services — which is also utilized by other travel companies such as Airbnb and Expedia. And earlier this year, Choice became the first hotel company in the U.S. to partner with Google Assistant to launch voice-enabled hotel bookings on the Google mobile app.