Dram Shop Laws: What You Need to Know

By Malcolm Seymour on 4.10.13 Posted in Liquor
PDF 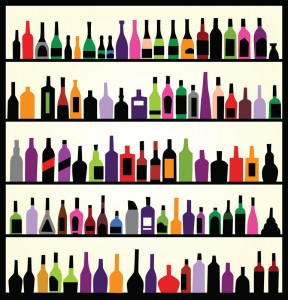 Visible intoxication cannot be objectively measured or verified, and is instead usually proven through eyewitness testimony. Because of this, it can be difficult for a defendant to fight a dram shop claim in New York without taking a case through trial, or at least completing extensive discovery. The slippery parameters of liability under New York’s dram shop law can make these cases expensive to defend.

Dram shop defendants in New York face further perils. Under New York law, if a plaintiff proves that the individual who caused her injury was “visibly intoxicated” when purchasing alcohol from the defendant, the defendant is held strictly liable regardless of other circumstances. Because New York’s Dram Shop Act provides for strict liability, a business that serves alcohol may be held liable:

As a coup de grace, a plaintiff may recover punitive or exemplary damages from any defendant found liable under New York’s dram shop law.

The difficulty of obtaining pre-discovery dismissal, the availability of punitive damages, and the presence of strict liability rules can make dram shop claims quite frustrating for defendants faced with such litigation in New York. These features also make the New York Dram Shop Act a beacon of opportunity for plaintiffs – or more precisely for plaintiffs’ lawyers, who are often the ones engineering these lawsuits and locating the deep pocket defendants to level them at.

Because no two states follow quite the same rules, businesses that sell or serve alcohol cannot rely on best practices that work in one state to adequately protect them from liability elsewhere. In jurisdictions like New York, where the risk of dram shop liability is impossible to fully mitigate, other measures may be necessary to limit losses in the event of legal action.

Some practices recommended for adoption in more stringent jurisdictions like New York may include: incorporation of discrete business entities to oversee any alcohol service operations; procurement of insurance policies that provide express coverage for dram shop liability; employee training programs that familiarize servers of alcohol with applicable dram shop rules; and maintenance of service logs that permit supervisors to monitor and/or discipline employees who routinely over-serve patrons.

For more information, feel free to contact me or Malcolm at any time.