Hotels are faced with a delicate balancing act when it comes to maintaining guest privacy. Hotel staff must comply with police investigations when noncompliance would constitute obstruction of justice. At the same time, hotel employees must recognize their guests' Fourth Amendment right to be protected from unreasonable searches and seizures. If hotel employees comply with an unreasonable search or seizure that results in harm to the guest, the hotel could find itself exposed to civil liability. 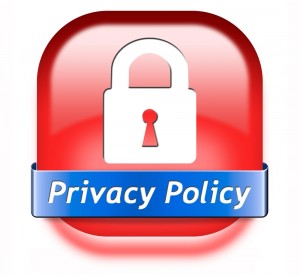 In general, during a guest's stay at the hotel, only the guest may consent to a search of his or her room. While hotel staff members may access the room for cleaning and maintenance during the guest's stay, they are not authorized to allow police to enter the room. Thus, during a guest's tenancy at the hotel, employees should not allow police to enter the guest's room without a search warrant.

Fourth Amendment protections do not apply after a guest's tenancy expires, at which point those employees with proper authorization from the hotel may aid the police and consent to a search of the room. While this seems like a straightforward principle, it is not always clear when a tenancy actually expires for the purposes of the Fourth Amendment. When faced with this lack of clarity, hotels can take certain actions to ensure careful compliance with the Fourth Amendment by issuing and consistently following policies regarding (a) guest checkout and (b) eviction of guests.

A guest's Fourth Amendment rights expire once the checkout time has passed. However, this may be modified by the hotel's practices and guest communications. Consequently, hotel policies and practices may extend Fourth Amendment protections past the guest's pre-arranged checkout time. For example, if a hotel gives a guest permission to stay until a later checkout time or has a practice of acquiescing when a guest stays past the posted checkout time, Fourth Amendment protections last until that later check-out time. Courts have found that after a hotel provided specific guests with such an allowance, those guests "reasonably believed that the hotels would allow them to do so again, permitting them to retain a privacy interest in their rooms." Courts realize that most hotels have a pattern or practice of allowing guests some leeway regarding the checkout time.

Each Fourth Amendment inquiry concerning guests checking out of hotels hinges on the specific facts of the case. A hotel that has a clear checkout policy and consistent procedures will provide both staff and guests with certainty as to when a guest's Fourth Amendment protections have expired.

Fourth Amendment protections depend on the guest's reasonable expectation of privacy in his or her room, meaning that hotels must state their checkout policies in a manner that would not confuse a reasonable person. An effective communication policy and procedure could involve a notification about the checkout time to the guest upon check-in, the issuance of a reminder to the guest several hours before checkout, and the posting of the checkout time in each room. Further measures may include contacting the guest in the event that checkout time has passed. In these ways, a hotel can unequivocally state that a guest's tenancy and accompanying Fourth Amendment protections expire at a certain time.

A hotel should do its best to be consistent in communicating and enforcing its checkout policy. In the absence of consistency, guests might be considered reasonable in expecting their Fourth Amendment rights to extend beyond checkout time. If a hotel wants to retain the option to make exceptions to its general checkout time, it should provide a system for staff members to record these extensions so that they know whether or not each guest is protected by the Fourth Amendment.

A justifiable ejection will also extinguish a guest's Fourth Amendment protections. A guest's tenancy expires after the hotel has identified grounds for eviction and taken affirmative steps to repossess the room.

Examples of what courts have found to be valid grounds for eviction include:

The hotel must then act to take back possession of the room, which ends the guest's expectation of privacy. The Fourth Amendment continues to protect a guest until the hotel staff takes action to commence eviction. The following actions have been identified as sufficient to constitute the commencement of eviction, and thus the extinguishment of Fourth Amendment protections:

In order to create and follow an eviction policy that promotes compliance with the Fourth Amendment, a hotel should identify behaviors that justify eviction. This requires consultation of the law, including any statutes that govern hotel policies. The hotel should then train its staff to recognize and respond to behavior that triggers eviction. A hotel should also provide guests with its eviction policy or communicate in some way the types of behavior that could trigger an eviction. Finally, in the event of an eviction, the hotel must take steps to communicate to the guest that he or she is being evicted. If the hotel has created any doubt or confusion as to whether the behavior under consideration triggers eviction, or does not clearly communicate that the guest is being evicted, Fourth Amendment protections may continue to apply. Therefore, as with the suggestions for checkout procedures discussed above, consistency and clarity will help to ensure a situation in which hotel employees and guests know when the Fourth Amendment no longer applies to protect guests.

In general, hotel staff should not allow police to enter a guest's room without a warrant. However, if the guest's tenancy has expired because the checkout time has passed or the guest has been evicted, hotel staff may provide consent for a police search. Hotels should implement polices and procedures that allow guests and staff to know, with certainty, the circumstances under which a guest's tenancy expires.