FDA's Final Guidance on Menu-Labeling Regulations and What It Means to Hotel Owners and Operators
By Foster Garvey on 6.28.16 Posted in Food and Beverage, Hotel Restaurant
PDF 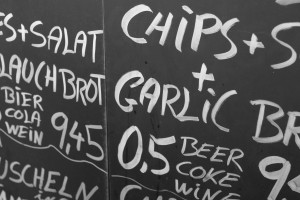 Nevertheless, the final guidance does not appear to substantively change the prior drafts insofar as the hospitality industry is concerned. Perhaps most noteworthy to hotel owners and operators is that the FDA has maintained the position, described in the earlier draft guidance, that a hotel’s complimentary breakfast would not be considered food offered for sale and thus would not be subject to the menu-labeling requirements.

As before, that guidance comes with the caveat that it merely reflects the “current thinking” of the FDA and does not establish binding rights or duties. Thus, while the guidance may be called “final,” the agency’s “current thinking” could always shift as the regulations – which are set to take effect in May 2017 – begin to be enforced.  Which might lead one to wonder, what’s in a label, anyway? Only time will tell.