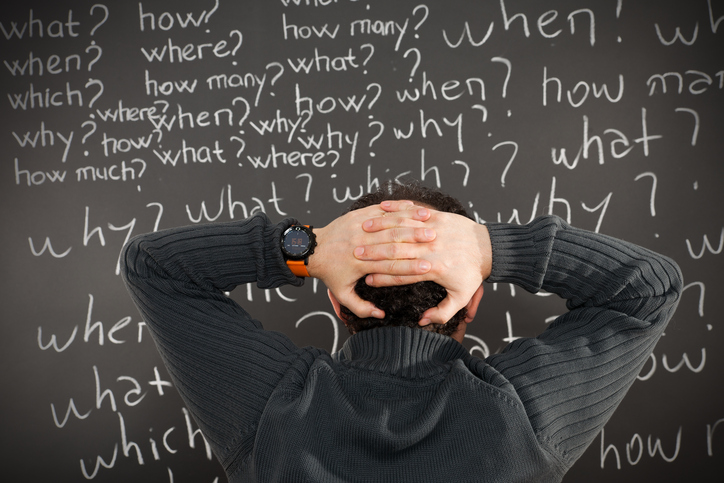 Both the courts and the National Labor Relations Board (NLRB) seem to keep changing the definitions of joint employment. It is no wonder this has left employers scratching their head about the situation. The cause for this itch is the analysis differs depending on the law at issue. For example, the Fair Labor Standards Act (FLSA), various state employment laws defining “employees,” common law (guided by the National Labor Relations Act), the Family and Medical Leave Act (FMLA), and workers’ compensation laws all have joint employer doctrines and associated tests that are slightly different from the others.

To demonstrate these differences, we will look at two of the most recent cases that modify the joint employer analysis under both the National Labor Relations Act (NLRA) and the Fair Labor Standards Act (the FLSA). Both these cases define a test – but it is not the same test. Unfortunately, the lesson is that an employer or putative employer will not know whether a person is an employee for the purposes of a particular law without determining first what test should be applied for that law. 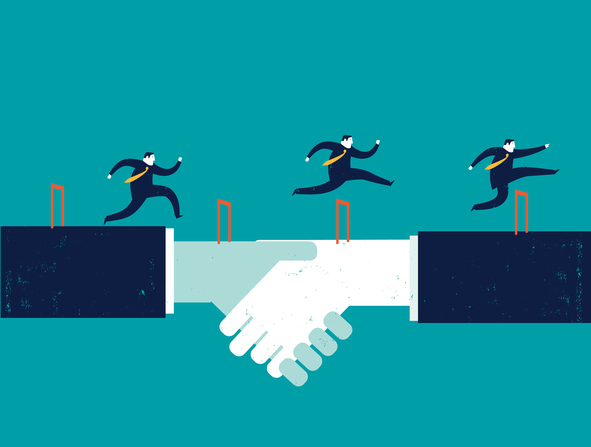 This case changed the analysis for determining whether a company utilizing contract employees may be considered a joint employer under the NLRA. A recycling facility in California was owned by Browning Ferris Industries (BFI), which contracted with a staffing agency, Leadpoint Business Services, to provide workers to supplement the BFI staff at the facility. BFI employees mostly worked outside of the facility. The Teamsters local sought to represent the Leadpoint employees and wanted to force BFI to participate in the collective bargaining as a joint employer of the Leadpoint employees. The Regional Director for the National Labor Relations Board (NLRB) applied the then existing standard and found BFI and Leadpoint were not joint employers. The union asked the NLRB to review.

The NLRB review resulted in a new, more expansive standard for determining the existence of a joint employment relationship. The Board stated the previous standard had been “effectively narrowed’ without reason over the previous decades. They said that prior decisions focused too much on the actual exercise of control as opposed to the right to control:

The Board may find that two or more entities are joint employers of a single work force if they are both employers within the meaning of the common law, and if they share or codetermine those matters governing the essential terms and conditions of employment. In evaluating the allocation and exercise of control in the workplace, we will consider the various ways in which joint employers may “share” control over terms and conditions of employment or “codetermine” them, as the Board and the courts have done in the past.

The NLRB then went on to apply the new standard and found that, even though BFI rarely exercised authority over Leadpoint’s employees, it shared control over or codetermined the terms and conditions of their employment. They specifically noted:

Because the NLRB did not give any guidance regarding which facts it looked to as determinative, it looked at the totality of the circumstances instead. The problem with this broad and vague approach is it is difficult to see how any company hiring a staffing agency would not engage in these activities, which suggest almost a predetermined result. At best, the decision offers little guidance to employers who are not trying to control the hiring or conditions of employment of a staffing agency but who must interact with the employees of the staffing agency who are performing tasks at the workplace 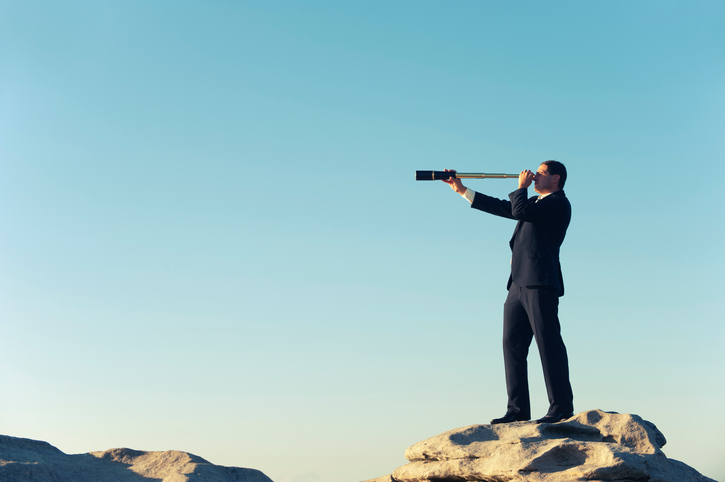 Salinas is a joint employment case that is analyzed under the Fair Labor Standards Act (FLSA). This recent ruling is of note because, like Browning Ferris decided under the NLRA, Salinas changes long-standing joint employment tests under the FLSA as interpreted in other circuits or even the tests established by the regulations of the FLSA.

The Circuit concluded that Congress intentionally chose expansive definitions of the terms “employ” and “employee” in the FLSA. The Congressional intent allows the FLSA to bring a “broad swath” of workers under the FLSA’s protections. Based on this determination, the Fourth Circuit said the joint employer analysis under the FLSA should be broader than the common law test and standards under any other employment law. The Fourth Circuit determined that the previous tests used in the joint employer analysis were focused incorrectly on the relationship between the putative joint employer and the worker when it should focus on the relationship between the putative joint employers. 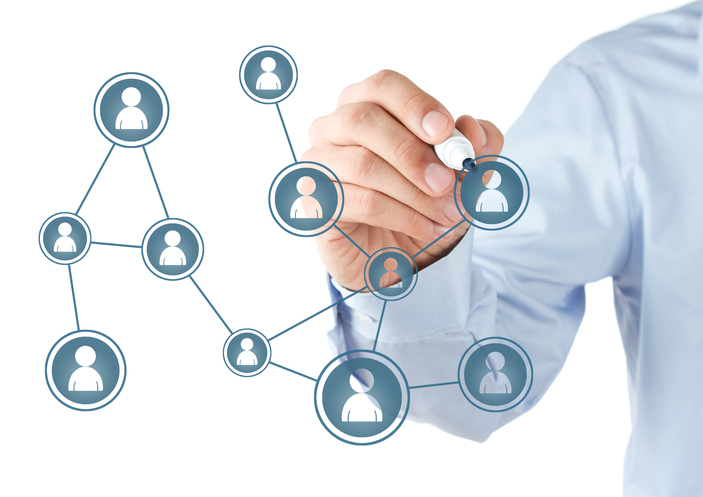 The test the Fourth Circuit developed is meant to focus on the question the court determined was more relevant: whether two or more persons or entities are “not completely disassociated” with respect to a worker such that the persons or entities share, agree to allocate responsibility for, or otherwise codetermine—formally or informally, directly or indirectly—the essential terms and conditions of the worker’s employment. No. 15-1915 at p 31.

In answering this question, courts should consider six factors:

The court emphasized these six factors do not constitute an exhaustive list of all potentially relevant considerations. To the extent that facts not captured by these factors speak to the fundamental threshold question that must be resolved in every joint employment case—whether a purported joint employer shares or codetermines the essential terms and conditions of a worker’s employment—courts must consider those facts as well. The Fourth Circuit said the determination of joint employment liability under the FLSA must be based on the circumstances of the whole activity. No. 15-1915 at pp 31-32

So What Does This Mean? 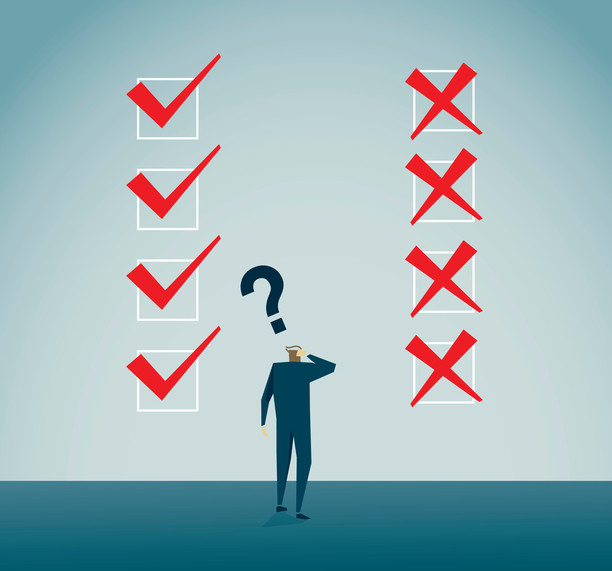 Both BFI and Salinas take a broader, more expansive interpretation of joint employment than had been taken previously under the respective laws. It is unclear if this trend is going to continue to other Circuits or if the matter will work its way to the Supreme Court. Both the General Counsel of the NLRB and guidance letters issued by the FSLA Administrator support a broader interpretation. The Browning Ferris case was appealed to the D.C. Circuit and argued in early March 2017. The decision is still pending. The Salinas decision by itself certainly sets up inconsistency among the Circuits in the application of the joint employer test. Such inconsistency is generally a necessary requirement for Supreme Court review. However, it is unclear if the Salinas case is going to be appealed, and if it is, there is no guarantee that the Supreme Court would hear the case.

So, for now, there is no clear guidance for employers, other than be aware the two cases indicate the potential for a broad interpretation, if not consistent tests. Therefore, it is even more important than ever that, when determining if an employer is a joint employer, you are aware of the laws you are applying and making sure you are not using a test created for a different law. If you are concerned about the potential for a joint employer finding against you, you should talk to a lawyer familiar with the applicable laws and determine the best way to reduce the risk that you will be declared to be a joint employer.