By Greg Duff and Richard Gluck on 4.18.14 Posted in Hotels
PDF

Today’s blog post was contributed by Garvey Schubert Barer’s D.C. attorney and member of the firm's China Practice, Richard Gluck, based on original research by GSB’s Yi Zhang. His extensive knowledge of international business and collaboration between the U.S. and China is a great resource to the firm. We’re grateful to have him as a new author to the Duff on Hospitality blog. – Greg

With the robust growth of its national economy and an emerging tourism industry, China’s hotel sector has experienced rapid development in recent years. Economic growth in China has led to a significant increase in domestic travel for business and pleasure. In 2013, with 2.3 million hotel rooms, China’s total income from the national tourism industry was over $305 billion, an increase of approximately 20% against the previous year. However, only 15% of Chinese hotels have a brand affiliation; the market is highly fragmented and has vast product discrepancies. 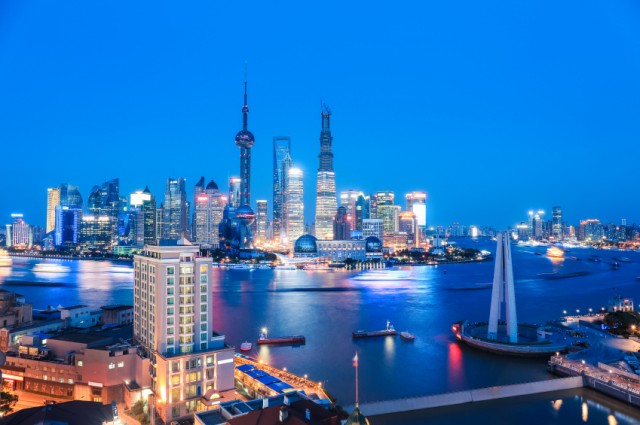 China has identified tourism as a core growth engine, and many provincial government authorities plan to promote tourism by encouraging direct investment in real estate and the tourism industry. Chinese government development policy controls the investment priorities within China. According to the government’s current (12th) Five-Year Plan period (2010-2015), fostering China’s tourism industry is a strategic pillar for the country’s efforts to establish a satisfactory modern service industry. The authorities in charge of tourism at all levels, including the national tourism industry, have been directed by the government to “optimize the development environment in an all-around manner, vigorously expand the development opportunities, and accelerate the transformation of the industry.”

This rather general statement of government policy can have far reaching consequences.  Consider these numbers: By 2015, China’s domestic tourism population should reach 3.3 billion, the number of inbound overnight tourists should reach 66.3 million, and the number of outbound overnight tourists should reach 83.75 million. The annual increase of the number of direct employees in the tourism industry should reach 700,000 while the total direct employment in the tourism industry should reach 15 million by 2015. According to the China National Tourism Administration, about 200,000 additional accommodation properties are expected to be built by 2015. Formats such as time-shares and vacation rentals are also being considered as ways to help sell existing properties.

China is still a developing country. This accounts for enormous growth and accelerating growth in the hotel and hospitality sector. But sustaining that growth and ensuring quality requires China to obtain management and technology know-how from more developed economies. China’s domestic market could benefit from the knowledge, skills, and experience that are brought back from overseas investments. Thus, as both the Chinese central government and local governments develop their plans, they are focusing on differentiation, internationalization, high-end brands, and major impact. They are welcoming foreign investment by experienced operators, and providing incentives for major hospitality players such as land-price discounts, cash or tax incentives, and priority approval processes.

Many of the investments made by Chinese companies in the U.S. hotel industry are designed to follow Chinese government policy that encourages “going out” by Chinese companies to “bring back” management expertise and best practices from world class operators outside of China to leapfrog the development process.

China’s mid-market is likely to be the most exciting space over the next few years. The mid-segment is currently under-represented from a brand and investment-grade product perspective. But with rising incomes and a wealthier travelling middle class, dramatic growth is expected. For example, March 13th’s Wall Street Journal reported on how Dalian, a northern Chinese port city on the Yellow Sea with a population of about 5.9 million, demands historic 17th- and 18th-century French architectural elements, including French carved stone details such as niches, balconies, and keystones, along with slate roofs.

Roughly 170 Chinese cities have more than one million residents, but only four cities – Shanghai, Beijing, Guangzhou and Shenzhen – are considered “first-tier” in terms of size and per capita GDP. To be considered in the second tier, a city should have a population of at least three million and a minimum GDP equivalent to USD 2,000 per capita. By this definition, more than 60 Chinese cities are qualified as second tier. According to figures from the U.S. Commercial Service, 14 of China’s second-tier cities account for 54 percent of the total imports from the U.S. The hotel market potential in these cities vast and growing.

Are you someone who seeks to work with Chinese investors in the U.S. hotel industry, or looking to find investment opportunities in China? Let us know your thoughts and we would be happy to answer any questions. Please contact me or Greg Duff.