Our weekly OTA & Travel Distribution Update for the week ending June 22, 2018 is below. This week’s Update features not one, but two stories (offering perspectives from both the hospitality and technology industries) on Amazon’s recent announcement regarding Alexa for Hospitality. Amazon’s announcement is further evidence of the power of voice and its potential impact on travel and lodging in particular (something I’ve been presenting and blogging about for the past two years). 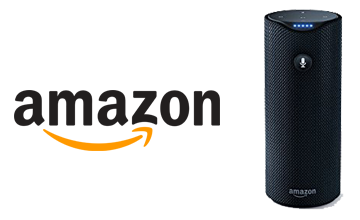 Alexa’s Move into Hospitality Becomes Official
("Amazon launches an Alexa system for hotels," TechCrunch, June 19, 2018; "Amazon Wades Into Travel as Hotels Turn to Alexa in Rooms," Skift Travel News, June 19, 2018)
On Tuesday, Amazon announced the creation of a division within Amazon (Alexa for Hospitality) dedicated to placing Amazon’s Alexa-enabled devices in the variety of accommodations offered in today’s lodging industry. Amazon’s announcement was buoyed by Marriott’s simultaneous announcement of its decision to run a 10 property (multi-brand) pilot with the newly created division to place Alexa-enabled Echo products in Marriott hotel rooms later this summer. According to Jennifer Hsieh, Vice President of Customer Experience Innovation at Marriott, “voice-first experiences have become an increasingly important channel for our guests, and we [Marriott] think Amazon is leading the market in this technology.” (Bad news for Apple’s Siri, which was being tested by Marriott together with Alexa prior to the announcement). Initially, the voice-activated devices will be set up to allow guests to request hotel-specific information (e.g. spa hours), to connect to hotel services (e.g. in-room dining) and, working with a hotel’s back-of-house systems, to order and reserve services (e.g. spa appointments). Additional features may include control of in-room systems, in-room phone access and music play. Let’s hope that pilot programs like Marriott’s (or others planned by rental management companies and other lodging companies) give suppliers at least a fighting chance against their well-capitalized distribution competitors that will inevitably pursue their own voice-activated strategies.

Blockchain Seeks To Go Mainstream
("Interview: Travelport Looks to Solve Hotel Distribution Problems With Blockchain," Skift Travel News, June 21, 2018)
While much has been written and spoken about Blockchain’s potential power to revolutionize payment systems or even break large OTAs’ stranglehold on distribution, little has been done to put this hard to define technology into practice. That may soon change as larger industry players – like TUI and now Travelport – seek to implement this technology, not to decentralize distribution, but to streamline and improve existing distribution systems.