This week’s OTA & Travel Distribution Update for the week ending January 19 is below. This week’s Update includes a heavy dose of short-term rental stories as well as details on Italian regulators’ recent efforts against European travel sites. 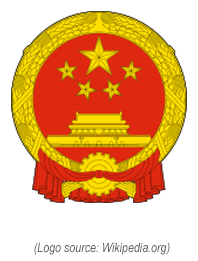 California City Can Ban Short-Term Rentals [SHORT-TERM RENTALS]
("Calif. Appeals Court Says City Can Ban Short-Term Rentals," Law360 - Real Estate, January 18, 2018) (subscription required)
A California appeals court denied last week an appeal by homeowners in Hermosa Beach challenging a city ban on short-term rentals (less than 30 days). According to the homeowners, the city ban violated, among other things, the California Coastal Act, which regulates “coastal programs.” The court disagreed, stating that the Act (and the Commission charged with enforcing the Act) is primarily concerned with issuing coastal development permits, not city-enacted zoning rules. At the lower court level, the homeowners had asserted (and lost) claims that the ordinance violated their First Amendment rights (commercial speech) and real property rights.

Airbnb Purges San Francisco Listings [SHORT-TERM RENTALS]
("Airbnb purges thousands of its San Francisco listings overnight - CNET," Cnet.com Green Tech News, January 18, 2018)
Reacting to San Francisco City legislation that went into effect this past week requiring hosts to register with the City, Airbnb removed nearly half (4760) of its listings on Wednesday. San Francisco’s well known ordinance permitting certain short-term rentals requires, among other things, hosts to register with the City. Short-term rental platforms, like Airbnb, are required to remove the listings of hosts that do not satisfy the registration requirement.

Italian Regulators Penalize Online Travel Sites [OTA – PARITY]
("Italy regulator fines online travel agents for unfair practices," Alltop - Hotel News, January 18, 2018)
talian anti-trust authorities announced fines last week against six European online travel agents – www.it.lastminute.com, www.volagratis.com, www.opodo.it, www.edreams.it and www.gotogate.it. According to the announcement, the online agents failed to provider users “understandable information” and imposed commissions on credit card purchases. The authorities further alleged that the sites charged excessively for use of assistance phone numbers and failed to provide email addresses for use by consumers when seeking to contact the sites. Reports indicate that the fines were the result of the European Commission’s EU-wide investigation into the practices of 352 travel websites. It will be interesting to see whether other EU members bring similar claims against these sites or other websites operating in the EU in the future.

Expedia Could Find a Silver Lining in Trivago’s Woes
Skift Travel News, January 18, 2018
As a sage songwriter once said, "You don't need a weatherman to know which way the wind blows." Trivago CFO Axel Hefer knows that, and he said current headwinds are obviously harder to manage than tailwinds. But if Trivago can work its way out of the mess it's in, it...

Priceline Group CEO Expects Mobile Payments to Catch On Like They Have in China
Skift Travel News, January 15, 2018
It's no surprise that Priceline's CEO expects mobile use for everything in travel to increase. The question is what the online travel company plans to do about it.