By Greg Duff on 6.23.21 Posted in Online Travel Update

This week’s Update features a number of important stories, including details of Tripadvisor’s official launch of Tripadvisor Plus in the United States and an important update on the 1-800 Contacts FTC enforcement action. Enjoy. 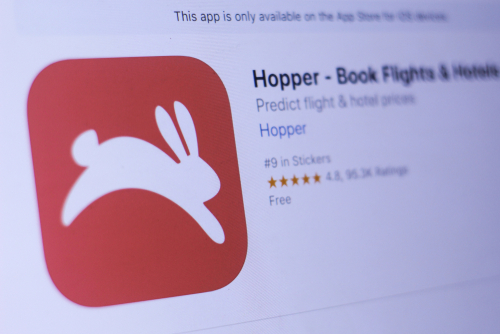 Hopper Introduces Price Lock for Hotels
("Hopper enables commitment-free hotel price lock," June 17, 2021 via Phocus Wire)
Hopper, the mobile application that is home to the flight price freeze, flight delay protection and fully refundable air and hotel bookings, is now launching a hotel price freeze. The option allows travelers to freeze a hotel’s listed rate for up to 60 days. Travelers who “freeze” a rate are protected if the rate increases (up to $100 of any increase) and benefit from any rate decrease. If the traveler proceeds with the booking, the traveler’s price freeze deposit is applied to the room charge. If the traveler abandons the booking, the price freeze deposit can be applied to any future booking made within 60 days. Bookings of locked prices are always subject to availability. The new pricing functionality is available for all hotels listed on the Hopper platform. Hopper may have picked exactly the right time to introduce this new pricing product as hotels seek to drive rates coming out of the pandemic.

By Greg Duff on 6.11.21 Posted in Online Travel Update

Booking Holdings to Repay Pandemic Aid
("Booking Holdings to Repay $110 Million in Pandemic Aid After Dutch Criticism About Bonuses,"June 4, 2021 via Skift Travel News) (subscription may be required)
Last week, in a Securities and Exchange Commission filing, Booking Holdings, Inc. announced that it plans to repay $110 million in government aid ($78 million of which came from the Netherlands) that it received during the pandemic. The announcement came after the Dutch parliament had raised concerns about the compensation packages that were paid to CEO, Glenn Fogel, and CFO, David Goulden in 2020.

By Greg Duff on 6.4.21 Posted in Online Travel Update

This week’s Update features a couple of stories (including one by Seattle’s own Geekwire.com) detailing the recent executive shake up at Expedia.  Enjoy.

("Expedia Group Hires Top Execs From Apple and Verizon as Part of Leadership Structure Overhaul," May 24, 2021 via GeekWire; "Expedia Trims Business Units, Sees a Trio of Executive Departures," May 24, 2021 via Skift Travel News (subscription may be required))
Over the past few weeks, we’ve featured stories detailing Expedia’s ongoing re-structuring efforts. Last week saw another big change at Expedia as the company announced the departures of veterans, Cyril Ranque, Adam Jay and Tucker Moodey.  Ranque’s departure is particularly interesting as Ranque, the Travel Partners Group President, had been featured prominently in many supplier contract issues and negotiations. Joining Expedia are two top executives from Apple and Verizon, Jon Gieselman and Rathii Murthy, respectively. Gieselman will oversee the newly created business unit, “Expedia Brand,” while Murthy becomes Expedia’s new Chief Technology Officer.  With these changes, Expedia also announced the creation of four new consolidated business units or “key pillars” within Expedia – Expedia Services, Expedia Brands, Expedia Marketplace and Expedia for Business. It will be interesting to note where Expedia’s products and services fall within these units and how the units will work together to sell these products and services to their key supplier partners.