With summer coming to an end, I anticipate a healthy dose of Update worthy items in the weeks ahead. 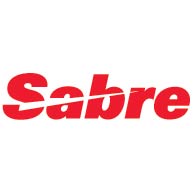 ely to Face Anti-Trust Challenge
("DOJ Poised to Sue to Block Sabre’s Deal for Farelogix," Bloomberg News on Aug 16, 2019)
Following up on a story we featured back in April...According to reports coming out of the U.S. Justice Department, the anti-trust division is prepared to file suit as early as Monday to put a stop to Sabre’s planned acquisition of Farelogix, which is scheduled to close Wednesday.  As noted in our previous stories, opponents of the proposed acquisition fear that Sabre (purveyor of legacy GDS systems) is seeking to acquire Farelogix (purveyor of new technology) simply to quash the upstart competitor.

This week’s Update features a story on relative newcomer to third party distribution (Southwest Airlines) and includes, yet again, another update on the on-again/off-again saga of Booking.com commissions.  Enjoy.

Sabre Vows To Fight EU Allegations
("Sabre will 'vigorously defend against any allegations' of rule-breaking in EU probe," MLex Insight on Aug 2, 2019)
In its recent US securities filing, Sabre has pledged to “vigorously defend against any allegations of anti-competitive activity” by the European Commission in connection with the Commission’s anti-trust probe of both Sabre and its primary competitor, Amadeus.  Since November last year, the European Commission has been investigating the two market leaders’ contracts, focusing specifically on whether the contracts contain provisions preventing airlines from providing more information to rivals’ distribution systems or even prohibiting use of rival distribution systems.  According to questionnaires sent to airlines earlier this year as part of the investigation, the European Commission is trying to determine the significance of the two companies on ticket distribution and whether that significance influences their pricing and contracting practices.

This past week was relatively quiet in the distribution world as evidenced by the few stories below.  Enjoy.

Booking.com Relaxes Keyword Restrictions on Its Trademarks
("Booking.com relaxes keyword bidding clause with hotels," Phocus Wire on Jul 22, 2019)
In a purported effort to comply with a recent unidentified ruling in the EU, Booking.com sent notices to many of its hotel suppliers this past week advising them that existing contract restrictions prohibiting the suppliers from bidding on Booking.com’s keywords (e.g., Booking.com) were being removed.  While the change may make for interesting headlines, it is doubtful that many suppliers will race to their nearest search engine to begin bidding on Booking.com’s keywords.  Unfortunately, suppliers should expect to hear a lot more about this change and Booking.com’s need for reciprocity while negotiating critical keyword protections on their valued marks in the future.