Both regulatory investigations and consumer complaints feature prominently in this week’s distribution news.

Booking.com Weighs In On the Need for Further EU Regulation
("Big tech firms push back against possible EU antitrust reforms," MLex, December 14, 2018) (subscription required)
Along with other technology giants, Microsoft, Google, Facebook and Spotify, Booking.com submitted last week its response to an European Commission consultation seeking feedback on whether current EU competition rules needed updating to deal with the evolving digital economy. Not surprising, the technology platforms were unanimously opposed to any updates to existing competition rules, arguing that the digital sector remains highly competitive and subjective to disruption. Booking.com, however, in a break from the others, argued in favor of strengthening the Commissions’ competition enforcement resources, in part, to avoid the patchwork of investigations and enforcement actions Booking.com has faced from individual EU member states.

This week’s Update features a variety of stories on traditional GDS, metasearch and wholesale channels. Enjoy.

Global Distribution Systems Noted by Appeals Court As Being “Rather Backwards"
("Sabre urges appeals court to scrap jury verdict in dispute with US Airways," MLex, December 14, 2018) (subscription required)
The US Court of Appeals for the Second Circuit heard arguments last week on Sabre’s attempt to overturn a jury’s finding that Sabre’s contracts with US Air were anti-competitive. According to Sabre, the disputed “full content” provisions found in its airline contracts are similar to the recently upheld provisions found in American Express’ merchant agreements under which merchants are prohibited from directing transactions away from American Express. According to the US Supreme Court, American Express’ agreements were permissible, in part, because American Express operates a “two-sided” platform (a platform where through incentives and other benefits merchants and card holders are brought together). In its appeal, Sabre argued that it too operates a two-sided platform (airlines and travel agents), an argument that had been previously rejected at the trial court level. In comments during the appeal’s proceeding, the Circuit Judges expressed doubts over Sabre’s arguments stating that the GDS’ technology was outdated and that the industry’s three remaining participants were “rather backwards.”

Is it just my generally biased view of online travel platforms or are regulators finally taking a hard look at the sometimes questionable practices of these channels? Enjoy.

French Authorities to Examine Travel Platforms’ Pricing Practices
("Hotel platforms may face French antitrust probe for excessive pricing, de Silva says," MLex, December 5, 2018) (subscription required)
In a statement last week, the head of the French Competition Authority announced that online travel platforms operating in France, like Booking.com, could soon face antitrust scrutiny over the allegedly excessive prices charged hotels for displaying their rooms. While these types of cases are relatively rare, there has been a recent revival of excessive pricing investigations in several European Union countries. Should this investigation go forward, it will be interesting to note whether the French Competition Authority believes that Booking.com (or other online platforms) enjoys such market dominance that it is able to demand excessive prices.

Following last week’s holiday break, we are once again sharing each week what we feel are the most noteworthy stories in the distribution, loyalty program and (occasionally) short-term rental fields/industries. We hope you enjoy. 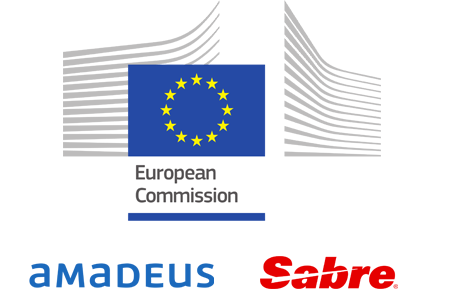 Global Distribution Systems Become Latest EU Target
("European Commission Is Probing Travel Distribution Systems for Anticompetitive Practices," Skift Travel News, November 25, 2018)
While we routinely feature stories detailing competition authorities’ pursuits of the major online distributors, it is rare for those same authorities to announce an investigation or enforcement effort directed against the legacy global distribution systems. This past holiday week, however, the European Commission announced investigations of both Amadeus and Sabre over their possibly anti-competitive contracts with airlines and travel agents. According to the Commission’s announcement, it was looking into whether the GDS’s “full content” contract clauses illegally prohibited airlines and travel agents from distributing and/or sourcing tickets through alternative channels. Those familiar with the issue will recall the number of lawsuits in recent years between airlines and the GDSs over airlines’ desire to distribute inventory through alternative channels.