Posts from March 2013.
Digital Signage Part 2: What You Need to Know
By Foster Garvey on 3.27.13 Posted in Technology

The size, weight, quality, cost and durability of video monitors limited their use for quite some time. However, the existence of large, light-weight, high-resolution, low cost monitors that can endure considerable abuse has been instrumental in the explosive growth of digital signs.

Other factors have fueled the growth as well.

Quick Service Restaurants (also known as fast food) are under increasing pressure to provide nutritional information about the food they sell.  Regulations are in place that require posting of this factual consumer information. It is expensive and time-consuming to print, revise and reprint this information on paper. If a QSR establishment cannot change its menu until it is able to post current nutritional information, then that menu may not change very often or in any substantial ways. Digital menu boards can be controlled from a centralized location, and can be updated very quickly, if, for example, the menu changes, or if the food content or portion size of a dish is changed. At the same time, the sign can be used to quickly promote an entree, or make some last minute special offer, all designed to promote sales.

Read More ›
Facebook Firings: Not Always Illegal, But a Good Idea?
By Foster Garvey on 3.22.13 Posted in Employment Law

The rash of NLRB guidance and new protections for employee social media activity discussed in our previous posts may make employers shy about taking corrective action based on an employee’s social media postings. While employers should always be careful in these situations, however, the mere fact that something is posted online does not make it “protected.” Recent examples in the news are a great reminder that where a posting is vulgar, offensive, or airs a petty grievance without implicating employees’ rights to discuss the terms and conditions of employment, the employer can and in many cases should discipline the employee. Where a posting is less offensive, however, the employer should tread carefully, as unpopular personnel decisions can also draw serious scrutiny. 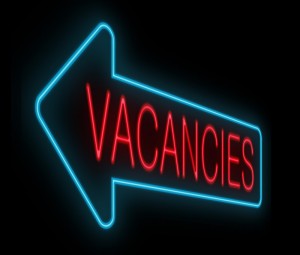 Several clients have lately been asking about notices they've received that look like this. If they come from the Eastern District court in New York, they’re legitimate, and if you are a merchant who accepted Visa or MasterCard or both between January 1, 2004 and November 28, 2012, you are a probably a member of the class and should have received one too. If you didn't, the lawsuit and proposed settlement are discussed in detail here. Take a look; the settlement could affect your legal rights. You have until May 28, 2013 to exclude yourself from the settlement (opt-out) or object to its terms; the final hearing on the proposed settlement will be September 12, 2013. Assuming the court approves the settlement, with or without changes that may occur as the result of objections, claim forms will be issued after that date to class members and a claim deadline will be set.

The Hospitality Group hosted events in Seattle and Portland March 11 and 12, to discuss the comeback of hotel and hospitality-related development. More than 140 attendees ranging from construction industry representatives to flag representatives and investment bankers participated in the discussions. One panel about Construction and Transactional Development highlighted the return of bricks and mortar to the hospitality conversation.

One suspects that most Forum attendees liked what they heard about the status of Northwest economy generally from economists Mathew Gardner of Gardner Economics and Mark McMullen, State Economist and Director of the Oregon Office of Economic Analysis, and in particular the Northwest Hospitality Report from Chris Kraus. The linked chart offers Chris’s analysis regarding the hospitality industry’s place in the market cycle, and shows Seattle ahead of the curve.

Over the past 2 days, MPI hosted its annual Cascadia Educational Conference in Portland, Oregon. I had the pleasure of participating at this year's event, presenting on group sales issues and privacy. Copies of my presentations are available here: Group Sales Contracts: Interesting Case Studies and The Rising Significance of Guest Information.

Congratulations to MPI for another terrific event. I look forward to hopefully seeing everyone at next year’s Conference.