By Brian Morrison on 12.16.15 Posted in Employment
PDF 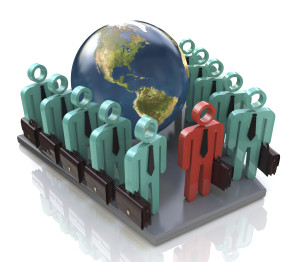 Companies sometimes hire workers through staffing agencies. Sometimes they participate in joint ventures or have subcontracting relationships.  Companies and individuals today enter into a variety of contractual arrangements to reduce costs and maximize available capital, flexibility, talent and efficiency. A typical feature of these arrangements is for one company to use and incorporate the work performed by employees of another company into the products and services it ultimately delivers.This is common in the world of cross-border transactions and relationships, where it makes sense to arrange for another company to perform the work needed due to its expertise, location or cost overhead.

Enter the National Labor Relations Board (“NLRB” or “Board”), whose decision in Browning-Ferris Industries of California, Inc., 362 NLRB No. 186 (August 2015) may change how many of these relationships function.  It even raises questions about whether some of these arrangements are now too risky. Under Browning-Ferris, the NLRB has shifted the standard for determining whether two companies constitute joint employers under the National Labor Relations Act (“NLRA”). The new joint-employer standard increases the risk that employers could be liable for claims and actions against the entities with whom they contract.

In its decision, the Board first restated that it may find that two or more entities are joint employers of a single work force if they essentially share or codetermine matters that govern the essential terms and conditions of employment of those employees. After restating this general principle, however, the NLRB proceeded to expand the standard for assessing joint-employer status and to overrule legal precedent it had been following for the past 30 years.

The case involved Browning-Ferris Industries, which operates a recycling facility and staffs its operation with about 60 of its own employees and an additional 240 workers contracted through a staffing agency, Leadpoint Business Services.  When a local union filed a petition to represent Leadpoint’s employees, it argued that Browning-Ferris was a joint employer with Leadpoint, and should, therefore, be required to engage in collective bargaining with the union with respect to the Leadpoint workers.

The Board supported the union’s argument, holding that it would no longer require that an employer actually exercise authority over workers’ terms and conditions of employment and that the mere possession of such authority was sufficient to make an employer a joint employer. Conditions of employment include such issues as hiring, firing, wages, scheduling, discipline, supervision and direction of work. The Board also overturned its prior requirement that a joint employer’s control must be exercised directly and immediately.  Control exercised indirectly, through an intermediary, may now suffice to establish joint-employer status.

Why Does Browning-Ferris Matter?

Browning-Ferris does not mean that every employer who uses contract labor will now be found to be a joint employer. In fact, other agencies besides the NLRB apply varying joint-employer standards under particular statutes and regulations, including Title VII of the Civil Rights Act, which addresses issues of discrimination, and the Fair Labor Standards Act, which addresses wage and hour issues. Those agencies and the courts presumably will continue to apply their own standards, and may or may not be influenced by the NLRB decision.

But a company should care about Browning-Ferris and its implications for joint-employer status if it contracts with other entities, such as staffing agencies, subcontractors and franchisees, to deliver, develop or manufacture certain of its goods and services or perform functions like those typically performed by the company’s employees.  Under the new test, if the contract reserves the right of Company A to control or to specify any of the terms or conditions of employment of Company B’s employees, then Company A, even if it does not exercise those rights, could be deemed a joint employer of Company B’s employees for labor matters.

There are four clearly identifiable consequences of a determination of joint-employer status under the NLRA:  (1) the obligation of the joint employer to engage in collective bargaining alongside the primary employer; (2) exposure of the joint employer to joint liability for unfair labor practices and breaches of collective bargaining agreements; (3) removal of the joint employer’s insulation from a union’s dispute with the primary employer, including what would otherwise constitute secondary strikes, boycotts and picketing; and (4) it will be more difficult for a company to terminate or rebid contracts with clients who have a unionized work force.

The potential applicability of Browning-Ferris could arise in a variety of contexts in cross-border transactions, including:

To reduce the possibility of a company’s joint-employer status with another company and the consequences that flow from a joint-employer relationship, the company should consider the following practices: