Posts tagged international business.
4 Trusted Traveler Programs That Save You Time (and Stress) at U.S. Airport Security
By Foster Garvey on 8.25.16 Posted in Travel 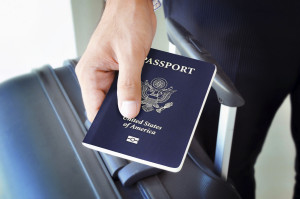 A big part of international business centers on logistics. Shipping and transport are certainly important, but I’m talking about logistics of a more prosaic bent, personal travel. Specifically, the ways we get businesspeople from Country A to Country B. And as it so happens, a critical piece in how Americans travel abroad has been in the news quite a bit—the passport.

From news involving passports in terrorist activities, to marking passports of those individuals convicted of certain crimes, to passports with unflattering pictures of NBA players, passports are newsworthy. And as The New York Times recently explained, 2016 is expected to be a banner year for United States passport renewals. This is partly due to the Western Hemisphere Travel Initiative taking effect in 2007. This Initiative was the first time passports were required for Americans traveling by air from Mexico, Canada, the Caribbean, and Bermuda. It’s now almost ten years later, which means that passports issued the year before the Initiative started, are expiring.

With that background in mind, it seemed useful to provide some basic information on U.S. passports and associated requirements.

In a future installment we will introduce basic information about enhanced traveler programs for U.S. citizens.