Overcoming Past Indiscretions -- Getting Into Canada
By Foster Garvey on 5.13.16 Posted in Immigration, Travel
PDF 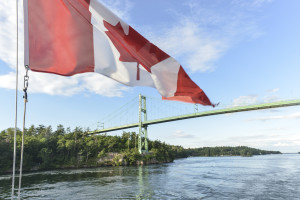 As many of you probably have in these past few weeks, I’ve been enjoying the NBA playoffs. Perhaps not as many of you have been wondering what I have been contemplating: how is it that NBA players with criminal pasts are admitted entry into Canada to play against the Toronto Raptors NBA team? As a Washington resident, I’m aware, due solely to proximity, not experience, that U.S. citizens with criminal pasts have found trouble entering Canada. Specifically, I’ve heard stories of U.S. citizens being barred entry thanks to decades-old driving under the influence convictions. So how is it that I’ve never heard of a famous athlete being barred entry? Did I miss it?

According to the Canada Border Services Agency, there are many reasons a foreign national can be denied a visa/permit or refused entry to Canada. These reasons include: security risk, organized criminality, health safety, financial reasons, misrepresentation, or criminality. “Criminality” can include crimes committed within Canada borders, or where convicted of an act outside of Canada. For Canadian immigration purposes, crimes are classified under Canadian law, not the law of the sovereign where the crime took place. This means, for example, that a misdemeanor conviction of driving while impaired in the U.S. would be re-classified under Canadian law as a more serious crime, or an “indictable offence”. Additionally, as indicated by Citizenship and Immigration Canada’s website, “[i]f you have been convicted of driving while impaired by alcohol or drugs, you will probably be found criminally inadmissible to Canada.”

Overcoming Inadmissibility due to Criminal Convictions

The Canada Border Services Agency website helpfully states  that potential visitors have several options if they have previously committed or been convicted of a crime.

“Depending on the crime, how long ago it was committed, and how you have behaved since the conviction, you may still be allowed to come to Canada, if you:

Canadian immigration officers have discretion in admitting would-be visitors as deemed rehabilitated. Factors considered in this regard are the crime (not serious, no weapons used or physical harm caused), the amount of time (think on the order of ten years) passed since punishment (jail time, fees, restitution, etc.) served, and whether more than one crime has been committed. And the at-issue crime must have a maximum prison term of less than 10 years if committed in Canada. An individual seeking deemed rehabilitation can self-assess at home using the Canada Border Services Agency website guide, or seek assessment at certain Canadian consulate locations. Or the individual could try their luck at the border, bringing the requisite supporting material to prove rehabilitation.

If an individual seeking admittance into Canada has been convicted of a crime in Canada, the individual can seek a pardon as a way to no longer be classified as inadmissible due to criminality.

A temporary resident permit allows you to enter and stay in Canada if you have valid reasons to be in Canada, but are otherwise inadmissible, for example due to a prior criminal conviction. An individual’s need to enter or stay in Canada must outweigh the health or safety risks to Canadian society, as determined by an immigration or a border services officer. Temporary resident permits are usually issued for the length of your visit, and you must obtain a new permit on your next visit, unless you have specifically been authorized to re-enter.

As of March 1, 2012, you may be able to obtain a temporary resident permit for one visit without paying the C$200 processing fee. Success primarily hinges on two things: 1) you served no jail time, and 2) you are not inadmissible for any other reason.

It appears there are several avenues for athletes convicted of crimes in the U.S. to gain entry into Canada. The type of exemption is necessitated by the facts of each situation and the number of times an individual wishes to visit Canada in the near future.

Also, while Canadian privacy laws seem to preclude commenting on individual cases, I’m unable to find any evidence of an NBA, MLB, or NFL player being denied entry into Canada because of past convictions. So it would seem that I didn’t miss it. If the Toronto Raptors advance to the next round, I’ll certainly be on the lookout for any such news.