L and EB-1 Status: Executives and Managers Can Be Transferred From Related Businesses
By Foster Garvey on 7.22.15 Posted in General
PDF 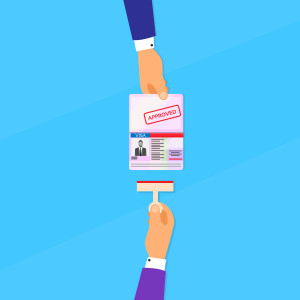 The U.S. government makes it relatively easy to transfer a person from one business entity outside the U.S. to a related business in the U.S. That person must have worked in an executive, managerial, or specialized knowledge capacity for the entity outside the U.S. for at least one year within the three years before the filing, and must be coming to the U.S. to work in one of those capacities, though not necessarily in the same position as in the other country for the other employer.

The two businesses must be related, either in terms of corporate relationship or ownership by the same person or group of people. They do not have to be involved in the same kind of business.

This process can be used for temporary positions, which can be approved for up to seven years of U.S. employment. These positions have “L-1” status. “Permanent” employment, which many people call a “green card,” is also available through a very similar process. Many businesses use the L-1 process to get employees and their families into the U.S. quickly while, at the same time or shortly thereafter, filing to seek approval as permanent residents. The two processes work very well together.

The normal L-1 process requires a mail-in filing for most people, which takes from two weeks (if an expediting fee of $1,225 is paid) to several months for review. Initial filing fees total $825 and a visa authorizing travel to the U.S. must be applied for and issued at a U.S. consulate outside the country, unless the employee is a Canadian citizen.

An alternative L-1 process is available for businesses that expect to transfer people on a relatively frequent basis. It is called the “blanket petition” process and is available to businesses that have U.S. subsidiaries or affiliates with combined annual sales of at least $25 million, or which have a U.S. workforce of at least 1,000 employees, or which have obtained at least 10 L approvals in the 12 months preceding the filing seeking approval to use this process. One of the benefits of approval for the “blanket petition” process is that it completely eliminates the U.S. mail-in filing, so the process begins directly at the U.S. consulate. It also greatly reduces the need to establish proof of the business relationships.

The EB-1 “green card” process is similar to the L process noted above, which makes it very easy to plan. The process often takes as little as five months from initial filing to decision, and can result in approval of permanent resident status for the employee and dependent family members.