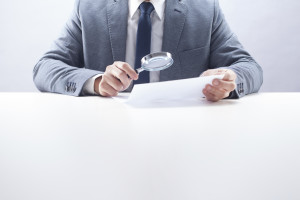 For years, FCPA observers have predicted that the Department of Justice (“DOJ”) will increase its prosecutions of corporate officers and employees for FCPA violations. These predictions have so far proven disputable, as the number of individual FCPA prosecutions has remained essentially flat and DOJ has struggled to convict individual FCPA defendants. However, high-ranking DOJ and SEC officials have recently stated their commitment to focus more on individual FCPA violators. DOJ has affirmed its focus with last fall’s Deputy Attorney General’s Memorandum on Individual Accountability for Corporate Wrongdoing (the “Yates Memo”).

On April 5, 2016, the Department of Justice issued “The Fraud Section’s Foreign Corrupt Practices Act Enforcement Plan and Guidance” (the “Guidance”). The Guidance received attention primarily for its “pilot program,” by which cooperating companies could obtain a hefty fine reduction and a possible declination of prosecution. Fewer observers noticed the extent to which DOJ has gone out of its way to reaffirm its long-expected focus on prosecuting corporate officers and other employees for FCPA violations.

Effective April 5, the pilot program offers incentives for companies to self-disclose FCPA violations. Companies qualifying for the pilot program may obtain up to a 50 percent reduction off the bottom end of the Sentencing Guidelines fine range, can generally avoid appointment of a monitor, and will be considered for a declination of prosecution. To receive this credit, the company must provide (1) voluntary self-disclosure, (2) cooperation, and (3) timely and appropriate remediation.

The requisite voluntary disclosure must occur "prior to an imminent threat of disclosure or government investigation,” and the company must disclose reasonably soon after becoming aware of the offense. Moreover, the company “must disclose all relevant facts known to it, including all relevant facts about the individuals involved in any FCPA violation” – including “all facts related to criminal activity by the corporation’s officers, employees, or agents.” Companies failing to self-disclose limit their potential sentence reduction at 25 percent, instead of the 50 percent reduction for disclosing companies -- even if they meet the Guidance’s other requirements. Therefore, the Department is offering a new and substantial incentive for a company to identify individuals who participated in the wrongdoing, which indicates that the Department is bringing a new and substantial focus to prosecuting those individuals.

Additionally, a company seeking credit under the pilot program must provide “full cooperation” with the Department’s enforcement efforts. Among other things, “full cooperation” includes a “transparent and coordinated internal investigation” that incorporates “all facts related to involvement in the criminal activity by the corporation’s officers, employees, or agents.” The company must also make available “those company officers and employees who possess relevant information,” including officers and employees located oversees and former officers and employees, for interviews from the DOJ. This, too, signals an increased focus on individual FCPA violators.

The pilot program requirement of “timely and appropriate remediation” also reflects the Department’s renewed focus on individuals who commit or facilitate FCPA violations. “Remediation” requires establishing “a culture of compliance” that must include “[a]ppropriate discipline of employees, including those identified by the corporation as responsible for the misconduct.” It also includes “a system that provides for the possibility of disciplining others with oversight of the responsible individuals.” The Department could not make its targeting of potentially culpable individuals more clear.

In another context, Department of Justice has noted that “prison time . . . is the one cost that a company manager or executive cannot pass on to customers and represents the ultimate deterrent.” This thinking has made its way into the federal government’s thinking about FCPA violations. Past predictions of increased FCPA prosecutions were greatly exaggerated, but the Guidance serves as another reminder that the Department remains undeterred.