As a follow-up to Sean Griffin’s blog post on International FCPA Enforcement, I wanted to relate some information regarding Japanese companies in the healthcare space. 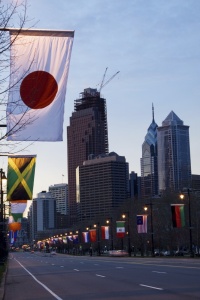 Japanese companies who are expanding their medical, pharmaceutical, life sciences and other healthcare-related businesses inside and outside of Japan confront a particularly complex set of FCPA compliance issues. Many healthcare-focused entities in Japan and across the globe are either owned or controlled by government agencies so that their employees are often considered “foreign officials” under the FCPA Resource Guide and the Japanese Unfair Competition Prevention Act (UCPL). As Japanese companies and joint ventures acquire healthcare businesses in the U.S. and other countries, it is becoming more important that the operations and policies of these acquisition targets should be closely examined for compliance with the FCPA and the UCPL. For example, it is common for healthcare companies to seek expedited approval of manufacturing practices, laboratory practices, clinical protocols, pricing and prescribing practices, and marketing materials from regulatory officials in many countries. It also common for healthcare companies to provide grants to healthcare professionals performing promising research, to make charitable donations to hospitals and research institutions, and to invite healthcare professionals to educational conferences and meetings. Healthcare companies sometimes use agents or consultants to seek expedited approvals, identify and recommend research partners, grant recipients and to organize conferences and meetings. Many of these activities have the potential to create FCPA and UCPL compliance challenges, as pharmaceutical companies such as Eli Lilly and Pfizer discovered from their multi-million dollar FCPA enforcement penalties.

When Japanese healthcare companies are negotiating acquisitions or joint ventures and are performing due diligence for those transactions, it would be wise to keep in mind the hard lessons-learned from recent FCPA prosecutions, and the likelihood of increased enforcement under the UCPL. In the healthcare area, this means examining in due diligence: (1) past expenditures on regulatory approval “facilitation” payments; (2) procedures for reviewing and approving expenditures on conferences and entertaining, (3) past expenditures on grants and charitable donations, and (4) the payment and supervision of consultants who are involved in the above activities. Assessing the strength of a company’s FCPA compliance and monitoring policies, training programs and other internal controls could provide important reassurance that prospective healthcare business partners and acquisition targets do not pose a high risk for FCPA and UCPL enforcements.

Japanese healthcare companies should remember the examples of Eli Lilly and Pfizer, and take appropriate precautions. 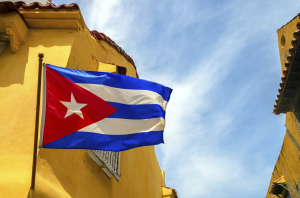 This article was written for the CSIS Americas Program conference, "Getting to Normal: A Legal Pathway for U.S.-Cuba Policy Reform," on Dec. 2, 2014.

Robert has asked me to consider what steps a willing President might take to normalize relations with Cuba on his own authority under the Constitution and existing law without further measures by Congress. As a teacher of U.S. foreign relations law, I know this to be a complex question and a fluid one. Congress and the Executive have been debating the scope of Presidential power in foreign affairs since the first days of the Republic when Hamilton and Madison argued over the legality of Washington’s Neutrality Proclamation in 1793.

While the Congress has important enumerated powers, including control of appropriations, foreign commerce and the power to declare war, as John Marshall famously said, “The President is the sole organ of the nation in its external relations, and its sole representative with foreign nations.”i In modern times, as the United States became a world power, the President has become the dominant force in the formulation of U.S. foreign policy, and has frequently made critical decisions on his own authority as Chief Executive and Commander-in-Chief. 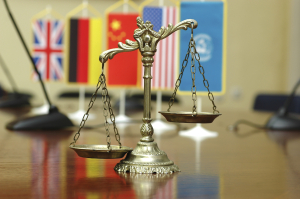 By either the easy way or the hard way, most international companies have learned that the Foreign Corrupt Practices Act (“FCPA”) prohibits offering foreign officials gifts to obtain or retain a business advantage.  Similarly, many companies are learning that, despite the widespread notion that Japan does not actively pursue foreign bribery cases, law enforcement authorities in Japan and around the world happily cooperate with the United States to apprehend and prosecute Japanese FCPA violators.

Misao Hioki found out the hard way.  Mr. Hioki was a general manager for Tokyo-based Bridgestone, and he bribed various foreign government officials to secure sales contracts.  In May 2007, federal and Japanese agents coordinated their searches of locations around the United States and Japan.  Their searches found evidence that formed the basis for Mr. Hioki’s prosecution.  “Today’s arrests, combined with the raids in the U.S. and Europe, demonstrate our ability to work effectively with foreign competition authorities to shut down international cartels,” DOJ announced.  Ultimately, Mr. Hioki pled guilty in December 2008.  He received a two-year sentence and an $80,000 fine.

Thus began the era of cooperation between United States and foreign law enforcement officials to prosecute Japanese companies for FCPA violations.  In 2012, the federal government indicted Yokohama-based JGC Corporation for FCPA violations.  As a member of a joint venture, JGC sought to obtain contracts in Bonny Island, Nigeria, and bribed Nigerian officials to improve its chances of obtaining these contracts.  French prosecutors discovered the scheme and delivered the relevant facts to United States officials, who prosecuted and convicted JGC and its co-conspirators.  JGC paid a $218.8 million criminal penalty.

JGC had employed Japanese trading company Marubeni Corp. to implement the bribes, and Marubeni ended up paying a $54.6 million fine.  Last year, Marubeni again violated the FCPA to secure a contract in Indonesia.  The DOJ cooperated with law enforcement officials around the world, including the Indonesian Komisi Pemberantasan Korupsi (Corruption Eradication Commission), the Swiss Office of the Attorney General, and the Serious Fraud Office in the United Kingdom.  Marubeni’s pled guilty and paid an $88 million fine.  Marubeni’s fine was greater this time because it was a repeat violator.  The government is willing to teach its lessons the hard way.

For more information on this topic, see this blog post on special enforcement considerations for international healthcare companies.