Bongs and Busts – the Danger of State Cannabis Laws to Non-U.S. Citizens
By Foster Garvey on 7.29.16 Posted in Travel, Washington State
PDF 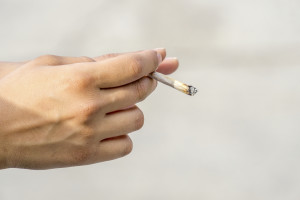 “But wait,” you might say, “How can it be both legal and illegal to grow, sell, purchase or use marijuana?”  It is only because of the existence of a non-binding Department of Justice memorandum that expressed the Department’s choice to exercise “prosecutorial discretion” in those states that have such laws, that U.S. citizens might feel some level of comfort when complying with state cannabis laws within that state’s borders.  No other federal agency has indicated that it would exercise prosecutorial discretion, and no federal laws have changed as they relate to cannabis and non-citizens.   So the risks associated with violation of federal law remain fully in place for those people.  It should be especially of concern to know that the government can take action against a non-citizen based exclusively on the person’s statements; a conviction is not required.

How does this play out in the real world?

Foreign nationals crossing from Canada into Washington State, and those arriving at an international airport or seaport, are often asked if they have ever smoked marijuana and if they say that they have, can be excluded and deemed “inadmissible” to the U.S. - potentially forever.

Any person, whether U.S. citizen or not, who boards a cruise ship in Seattle needs to understand that the ship is under Coast Guard jurisdiction, and the Coast Guard will enforce federal law, which makes it illegal to take cannabis onboard the ship.  Upon return to Seattle, officers from yet another federal agency, Customs and Border Protection, will “greet” all passengers with the same kind of questions that occur at the border and airport.  And if the use of cannabis by a non-citizen becomes known to the officer, consequences can occur.  (Remember, officers are legally authorized to review information, such as pictures and email messages on your mobile phone as a part of the inspection.  People have been known to have been questioned about photographs showing cannabis use.)

So please, non-citizens, unless and until the federal government changes the law or its policies regarding state cannabis laws, consider whether it’s better to enjoy the “natural high” of the environments in the beautiful states of Washington, Colorado, Oregon and Alaska rather than taking the risk of a “bad trip,” otherwise known as deportation.

[1] For the purpose of this blog, people who should be especially cautious about the competing state and federal laws as they relate to cannabis include lawful permanent residents (that is, “green card” holders), asylees and refugees, immigrants and nonimmigrants.