By Brad Deutsch on 2.25.15 Posted in District of Columbia, Federal

Despite some early grumbling from Congress threatening to block DC’s ballot initiative from becoming law (because of DC’s special status, DC ballot initiatives do not become law until they pass through a 30-day Congressional review period), with only a few hours to go, it appears that the review period has come and gone.

DC Mayor Muriel Bowser held a conference yesterday outlining the new DC law and how it would be enforced.  Under DC’s new law, anyone 21 years of age or older will be able to lawfully:

It will remain illegal in DC for anyone to:

Some Members of Congress are upset about the new law and Representative Jason Chaffetz, Chairman of the House Committee on Oversight and Government Reform, has written to Mayor Bowser, warning her that implementation of the DC law is illegal because it would violate the federal spending bill passed at the end of last year barring federal funds from being used “to enact any law, rule, or regulation to legalize or reduce penalties associated with the possession, use or distribution” of marijuana.   Chairman Chaffetz has also launched an investigation, demanding that Mayor Bower provide his Committee with information about efforts related to DC’s enactment of the ballot initiative.

By Brad Deutsch on 1.26.15 Posted in District of Columbia, Federal

Back in November, DC voters approved a ballot initiative to legalize possession (of up to two ounces) and cultivation of recreational marijuana.  One of the many special things about DC, though, is that all ballot initiatives must be submitted to Congress for review before they can take effect.  DC thought it best to wait until the new Congress arrived in Washington at the beginning of the year.  So, on January 13th, DC sent the ballot initiative to the Hill for the required 30 legislative days of review, which now runs until February 26.  In order to ‘disapprove’ the ballot initiative, both the House and the Senate would need to pass a ‘disapproval resolution,’ and then the President would need to sign it.  Unless that happens, the ballot initiative will become law.  There is no word yet on what will happen on the Hill leading up to the February 26th deadline, but hearings seem likely and litigation is certainly not out of the question.  Stay tuned.

One of Winston Churchill’s most famous quotes comes from an October 1934 radio speech: “I cannot forecast to you the action of Russia. It is a riddle, wrapped in a mystery inside an enigma; but perhaps there is a key. That key is Russian national interest.”

Broadcasters face a similar dilemma in trying to forecast whether the Federal Communications Communication will prohibit stations from carrying ads for medical and recreational marijuana products. To date, the FCC has issued no rulings or policy statements on ads or underwriting announcements for marijuana. Nor has the Commission ruled on any complaints that raise the issue.

Here is the dilemma: Broadcasters are federal government licensees. While some states have legalized the sale of marijuana products, there still is a concern that advertising for an activity that remains a felony under federal law might present problems if a license renewal application is challenged or a complaint is filed with the FCC. 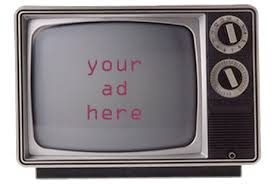 As a form of “commercial speech,” ads are protected by the First Amendment if the speech is related to a “lawful activity.” However, it is not clear whether the FCC will apply federal or state law and the answer to the question may depend on where the broadcast is heard. The argument that the advertising of marijuana is permissible is strongest if the ad is broadcast only in a state where marijuana is legal. But what if the broadcast is received in a state which has not legalized marijuana?  Or what if the broadcast program is streamed so that it can be received in all 50 states, many of which have not legalized marijuana?

The key to the FCC’s decision in determining whether to renew the license of a broadcast station is whether, in light of the station's past performance, renewal will serve the public interest, convenience and necessity - - - an extremely elusive standard.  To date, there is no FCC rule or policy prohibiting the broadcast of advertising by state-licensed marijuana businesses in an area where state and local laws permit such advertising.  Broadcasters, however, remain concerned that the Commission will not countenance the airing of broadcast ads for the use of a substance prohibited by federal law.  For example, the Colorado Broadcasters Association advises its members not to take any marijuana advertising. In the words of Justin Sasso, CBA’s President: "We boil it down to a very simple point. Broadcasters are federally licensed. Under federal law, marijuana is treated like every other controlled substance.”

On the other hand, DOJ has advised its own federal prosecutors to focus their limited enforcement investigative and prosecutorial resources on certain priorities such as preventing the distribution of marijuana to minors and cracking down on organized crime.  Moreover, in the most-recent federal budget bill, Congress has explicitly prohibited DOJ from using funds to interfere with any state’s implementation of medical marijuana laws.

Also, there is FCC precedent for the proposition that a federal prohibition on an activity should not apply to the licensee of a broadcast station who is acting consistent with state law. A case in point is Section 1304 of the U.S. Criminal Code which prohibits the broadcast of the “advertisement of any lottery or any information concerning a lottery”; violations are punished by imprisonment of up to one year or a $1,000.00 fine, or both.  Despite this federal prohibition, the FCC has allowed the advertising of lotteries by broadcasters licensed to serve communities in states where the lottery is permissible pursuant to state laws, so long as the lottery is conducted by the state itself, or by a non-profit or governmental organization.

Another case that sheds some light in this area is Greater New Orleans Broadcasting, Assn., Inc. v. United States, 527 U.S. 173 (1979), where the Supreme Court held that the FCC could not enforce its ban on advertisements for private casino gambling that are broadcast in states where such gambling is legal, even if the signal of the station reaches into a state where casino gambling is illegal.

Similar to Winston Churchill’s assessment of Russia’s foreign policy, we are unable to forecast the action of the FCC. It remains a mystery.  The key is how the FCC will interpret the public interest standard set forth in the Communications Act of  1934. The dilemma for broadcasters is that the FCC has provided no guidance on whether the airing of ads for marijuana products serves or disserves the public interest.

In the very same federal spending bill that Congress is using to block DC’s recreational marijuana ballot initiative, Congress is treating medical marijuana very differently.  In fact, once signed by the President, the new spending law will prohibit the Department of Justice — including DOJ's Drug Enforcement Administration — from using federal funds to interfere with states' implementation of their own medical marijuana laws.

Here’s the full text:  Sec. 538. None of the funds made available in this Act to the Department of Justice may be used, with respect to the States of Alabama, Alaska, Arizona, California, Colorado, Connecticut, Delaware, District of Columbia, Florida, Hawaii, Illinois, Iowa, Kentucky, Maine, Maryland, Massachusetts, Michigan, Minnesota, Mississippi, Missouri, Montana, Nevada, New Hampshire, New Jersey, New Mexico, Oregon, Rhode Island, South Carolina, Tennessee, Utah, Vermont, Washington, and Wisconsin, to prevent such States from implementing their own State laws that authorize the use, distribution, possession, or cultivation of medical marijuana.

By Brad Deutsch on 12.11.14 Posted in District of Columbia

Just last month, DC voters approved a ballot initiative (by a margin of more than 2-to-1) to legalize possession of small amounts of marijuana for personal use.  The only hitch was that because of DC’s special status, the ballot initiative can’t become law until it passes through a 30-day Congressional review period.  Until now, most thought that the review period would pass by uneventfully, but that all changed when a last-minute amendment was added Tuesday night to the must-pass federal spending bill.  For now, it appears that Congress will indeed block DC’s ballot initiative from becoming law.