By Jared Van Kirk on 3.7.16 Posted in Employment Law
PDF 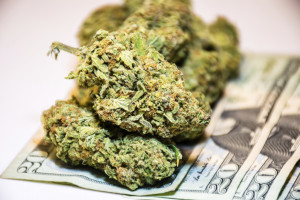 As of this update written on March 7, 2016, the Legislature appears unlikely to pass a measure that addresses statewide minimum wage or paid sick and safe leave.  These issues are, however, far from over.  On March 5, labor-backed Raise Up Washington kicked off its campaign to qualify Initiative Measure No. 1433 for the November 2016 ballot.  Now is a good time to take stock of your existing local paid leave obligations and consider the paid leave and minimum wage requirements that would be imposed statewide if I-1433 were approved.

If you conduct business in Seattle, Tacoma, or Spokane local law already requires (or will soon require) paid sick and safe leave for many employees working in those cities.  Although these local laws are detailed, the basic obligations are as follows: 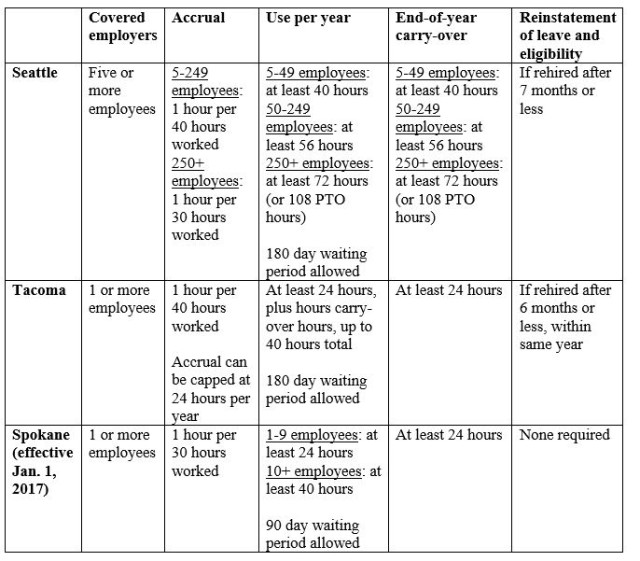 These laws differ in a number of important ways – including accrual rate, accrual caps, use caps, carry over, minimum increments of leave, the benefit “year,” treatment of “occasional” employees, exemptions of certain employees, rehire requirements, and applicability to bereavement leave.  Uniformity across more than one location is challenging.

In December 2015, Seattle significantly amended all of its labor standards ordinances, including paid sick and safe leave.  These amendments strengthen penalties, allow civil suits by employees, and establish a rebuttable presumption that an adverse action within 90 days of an employee exercising his or her rights is retaliation.

If your payroll system allows for leave to be accounted for in 15-minute increments, you must do so for non-exempt employees who use paid leave, which may also require reevaluation of the minimum increment used to track FMLA leave.

Seattle employers may now choose any 12-month benefit year to administer paid leave, not just the calendar year.  The amendments impose a number of other administrative requirements, including keeping paid leave records for three years and providing a written policy notice to employees by April 1, 2016.  If you are a Seattle employer you should review your policies and practices in light of these amendments.

Initiative 1433, if ballot qualified and approved in November, would not supersede these local rules (unless they are less favorable to employees) and would not, therefore, bring statewide uniformity.  It would, however, create minimum statewide paid sick and safe leave while increasing the minimum wage to $13.50 by 2020.

Under I-1433, employers of all sizes would be required to provide at least one hour of paid leave for every 40 hours worked, with no cap on accrual or use in a year, and only a 90-day allowed waiting period.  The initiative would require at least 40 hours to be carried over at year-end.  These minimum requirements would change at least one element of any paid leave program developed under the local laws.  The Initiative would also require reinstatement of unused leave and eligibility after periods of separation of 12 months or less, longer than required under local law and long enough to capture repeat seasonal workers.

The minimum wage increases mandated by I-1433 would be phased in over four years, but would not displace higher minimum wages in local jurisdictions.

With no competing legislation or referendum waiting likely to be approved, it is possible that greater minimum wage and paid sick and safe leave requirements will be coming to Washington soon, without any significant improvement on the fragmentation caused by local laws.